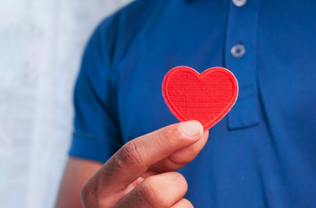 Tachycardia refers to the accelerated heartbeat without an apparent cause, appearing even at rest.The accelerated heart rate in a stationary position is over 100 beats per minute, when usually they are around 70.The speed that the heart takes beating depends directly on the electrical activity, which in turn is influenced by both emotional and pathological factors. It is good to know that tachycardia in most cases has no pathological cause, so it can pass spontaneously, without the need to intervene with drug therapy.However, tachycardia causes the heart to work in a way that it should not be subjected to, fatiguing it over time and exposing the person to the potential danger of cardiac arrest and stroke. Tachycardia sufferers describe this disorder as their heart jumping into their throat, feeling the very force of the beat and also the haste with which the muscle pumps blood. The duty to have more information about this disorder becomes necessary, to exclude that it may be the clue to other diseases.

The causes of tachycardia

The causes of tachycardia can be related either to the psychological state of an individual or to cardiac disorders or other previous pathologies. Among the psychological causes there are anxiety and stress that feed each other forming a vicious circle.During panic attacks the heart rate accelerates due to the feeling of catastrophic fear that dominates the mind of the patient.

Generally it is quite normal that during strong emotions a temporary tachycardia may appear.

Among the causes of physiological types and different from those purely cardiac, there are hypothyroidism and hyperthyroidism, which have as symptoms precisely the acceleration of the pulse. The same drugs for thyroid diseases can have as a side effect the accelerated heartbeat.

Palpitations are also an expression of other diseases such as Mediterranean anemia associated with hemoglobin deficiency, hypoglycemia due to which the muscles try to draw energy from sugar reserves, increasing the heart work of pumping blood.

Tachycardia can also appear after eating heavily, as the digestive process engages large amounts of blood and forces the heart to work harder.

In women, tachycardia is often linked to hormonal imbalances, which are related to the various "seasons" such as puberty, childbearing age, climacteric and menopause. Even in the period of pregnancy can occur tachycardia induced by anemia, which can occur in this delicate moment for the woman.

In addition to these causes, there are also bad eating habits, such as the abuse of exciting drinks such as coffee and some drinks that contain nervine substances.

The causes that instead refer to cardiac pathologies that concern arrhythmias, are due to electrical dysfunctions.

Accelerated heartbeat is associated with heart patients with stenosis (narrowing) of the aortic or mitral valves and heart failure.

The heart muscle also struggles to pump when there are mineral imbalances, such as potassium, magnesium and sodium deficiency.

Tachycardia is manifested by the clear perception of heartbeats, which leads to a state of worry and fear that tends to increase the heart rate itself.

In most cases even though you perceive the heartbeat to be accelerated, the heart still performs its function. A real concern should lead to a medical checkup when the problem is repeated and increasingly frequent, even when standing still.

Among the diagnostic tests that are performed most frequently is the electrocardiogram (ECG), and the application of the Holter.

With the ECG, the electrical activity of the heart is recorded, thus the heart rhythm and general function. If these are found to be normal, then pathological causes in the heart can be ruled out.

Save products on your wishlist to buy them later or share with your friends.

No account? Create one here
Product added to wishlist